The City of Natchitoches, Natchitoches Events Center and the Chateau Saint Denis Hotel had the honor of hosting the 2018 Louisiana Sports Hall Of Fame Induction Ceremony and weekend festivities, for the 43rd year!

The action packed weekend consisted of a variety of activities around Natchitoches including a welcome reception, the Bank of Montgomery Bowling Bash, Rockin' River Fest and the annual Induction Ceremony, to cap the weekend off, which was held in historic downtown Natchitoches, Louisiana at The Natchitoches Events Center.

Congratulations to the 2018 Louisiana Sports Hall of Fame Inductees! 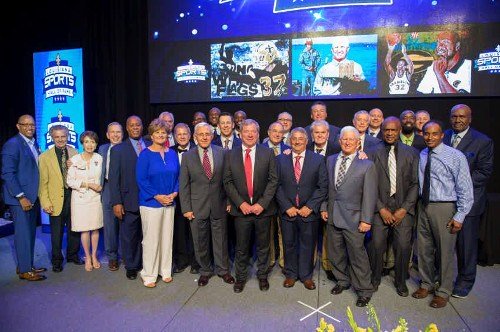