We had a very exciting weekend! The Chateau Saint Denis Hotel and Natchitoches Events Center hosted the 2017 Louisiana Sports Hall of Fame Inductees and events throughout the induction weekend. The inductees participated in severa… Read More »

Chateau Saint Denis Hotel and The Natchitoches Events Center had the privilege of hosting the American All-Star 2017 Dance Camp this past week. We housed over 50 dancers from several local high schools, for a four day dance camp. This is th… Read More » 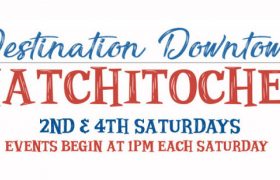 Summer is quickly approaching, which means Natchitoches is buzzing with family friendly activities! See all the excitment that "Destination Downtown Natchitoches" has in store.… Read More » 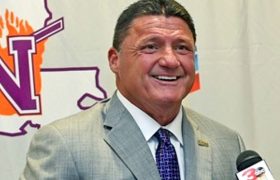 NATCHITOCHES – The addition of the Chateau Saint Denis Hotel in historic downtown Natchitoches provides a premium lodging option a short distance from the Northwestern State campus, setting the stage for a newly-announced partnership between No… Read More » 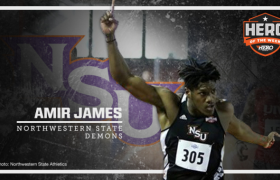 After a week of online voting, Northwestern State junior sprinter Amir James has been named this week’s Hero of the Week in Division I men’s track and field after his brilliant performance last weekend at TCU. James ran a leg on the De… Read More »

Natchitoches Named Among 100 Micropolitans in Nation for Economic Development 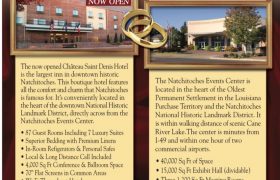 The City of Natchitoches announces the Perfect Marriage     Read More »